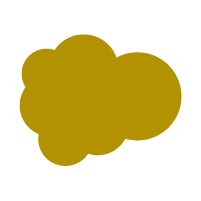 There are some outstanding women represented in our archive collections. Nancy Nettlefold OBE is one of them.

Lucy Frances Nettlefold, known as Nancy, was John Sutton Nettlefold’s niece.  At 12 she became determined to study Law at Cambridge – an extraordinary ambition for a girl in 1903.  In 1910, she achieved her aim, and went to Newnham College.  We have two photos of her in her undergraduate days, already adopting a distinctive, slightly masculine and very dashing style!  She threw herself into various sports, enjoying tennis and rowing in particular. Nancy got a Double First, although at this time women were not awarded degrees, nor were they allowed to enter the legal profession.  She and three friends took the Law Society to court.  The case was thrown out, but paved the way for women to become lawyers a few years later.

Nancy at Cambridge around 1912

Nancy at Cambridge around 1912

Given Nancy’s outspoken feminism, it is no surprise to find her associated with women’s suffrage campaigns.  Her prominent role in the campaign for women’s equality in the legal profession was extensively reported in women’s suffrage newspapers including “The Common Cause” and “Votes for Women”, and she gave speeches at suffrage conferences.  The editor of Votes for Women in July 1914 wrote, with accurate foresight, “How incredible it will seem in years to come that a woman of Miss Nettlefold’s attainments should not be allowed to take the degree she has won, and should further have to spend her energies in fighting for the right to enter the profession for which she has so brilliantly qualified?”

Despite her passion for the law, Nancy didn’t remain a lawyer.  In 1920, she took on another “male” role:  Company Director of the hardware firm Nettlefold & Sons in London.  In one of the minute books in our archive, we find her signature.  Nancy had already gained business experience; in the First World War she worked for the Ministry of Food, importing vital supplies.  She was still with Nettlefold & Sons in the 1950s, when Nora Hilliar, a former Secretary to the Chair of GKN, remembers being given the task of escorting Nancy, who was regarded as a VIP, into a Directors’ lunch.

This lovely photo of Nancy seated was taken in 1916 in South Africa, where she was visiting her friend Mary.  In 1923, the two women set up home in London and stayed together for 36 years.  Nancy therefore challenged convention in yet another way; she was probably gay.

While Nancy carved a successful career for herself in business, she also fought for equal rights on many levels, and served on the Royal Commission on Equal Pay.  After Mary’s death in 1959 Nancy went to live in South Africa, and there joined the campaigns for racial justice.

Perhaps Nancy can be summed up in a quote from a Belgian statesman following a discussion with her in 1919: “I’ve never met such a woman before.  Have you any others like her in your country?”